Check All
Home GENERAL Basic Computer Terms Your Should Know 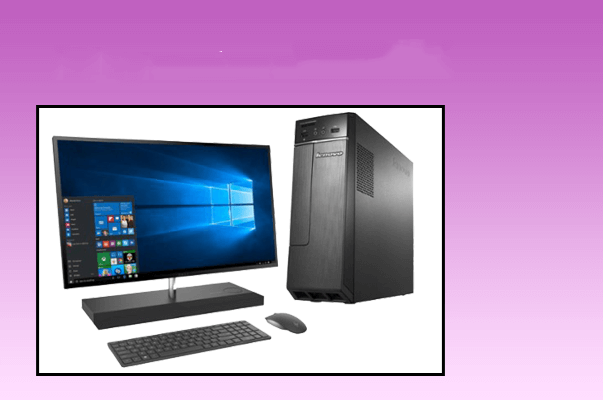 Just like in the field of medicine and others there are some basic and important terminologies all should know so as to make you a literate in the field of information Technology. Below are some vital ones and their meanings

Internet, World Wide Web: The Internet is the network of computers we’re all familiar with. It’s quite common for the terms “Internet” and “World Wide Web” to be used interchangeably, but these aren’t actually the same thing. The Internet is essentially the wiring that allows computers all over the world to communicate. The World Wide Web is a system that operates via this wiring. Web pages are transmitted via Internet connections but there is more to the Internet than just the web. Many other types of data travel across the Internet too, for example email.

Web Browser: A program you use to look at, and navigate between, pages on the World Wide Web. Examples include Internet Explorer and Firefox although there are many others. Again, people sometimes refer to web browsers as “the Internet”, whereas they really only provide the means to view pages on the web.

Bandwidth, Broadband: Bandwidth is an indication of how quickly data travels along a connection. The greater the bandwidth, the faster data will be sent and received. Broadband is a rather vague term that refers to bandwidth somewhere above that of an old dial-up modem, although there is no precise definition of the term. Broadband connections are generally “always on”, unlike modem connections. There are various technologies which provide “broadband” speeds – such as ADSL, cable, satellite etc.

Modem: The word modem was originally coined in the days when computers communicated by converting numbers into sounds that could then be transmitted over a regular telephone line. At each end you needed a “modulator” to generate the sounds to transmit and a “demodulator” to convert received sounds back into numbers. From “MOdulator/DEModulator” came the word modem.

With modern digital communication, no conversion to and from audible sounds is required, but even so it’s common to hear people talking about “broadband modems” or “ADSL modems” when referring to devices providing broadband connectivity. Strictly speaking, such devices are not modems at all as they communicate digitally but the word has stuck; its meaning has shifted to refer to digital devices as well.

Memory, Disk Space: Another very common source of confusion. In computing, “memory” generally refers to the temporary storage used by a computer whilst it is switched on. A computer loads programs and data into its memory in order to carry out tasks. This is more accurately called RAM or “random-access memory”. Disk space (or “hard disk space”), on the other hand, is a more permanent store that holds files even when the computer is switched off. It’s from here that the computer loads things into its memory. Strictly speaking you don’t store things in the computer’s memory as that vanishes when you turn the machine off.

Virus, Spyware, Trojan, Worm, Malware: These terms are often confused, although they have distinct meanings.

A virus is a piece of software that can copy itself and which attaches itself to some other program in order to survive and replicate. It may have some malicious intent or it may exist simply to reproduce.

A worm is similar but it can exist independently; it doesn’t need to attach to a separate program.

A Trojan – or Trojan Horse – is a piece of software that gains access to a computer by pretending to be benign or by hiding within some innocent-looking application. The name is obviously derived from the wooden horse employed by the Greek army during the Trojan Wars.

Spyware is software that secretly monitors computer activity, attempting to gain private information without the computer user knowing by and large, all of the above will have some malicious intent – to harm data, spy on computer activity and so forth.

Malware is a general term for all such programs – it simply means any software, of whatever sort, written with a malicious intent. Viruses are generally malware but there is more to malware than just viruses.

Bits, Bytes: At a basic level, all computer data is just a series of 0s and 1s. Each of these is referred to as a “binary digit”, for which “bit” is just an abbreviation. A byte is (generally) a collection of eight bits, so called because of the pun with bit and bite. Similarly a collection of four bits – half a byte – is sometimes called a “nybble”.

In order to refer to large numbers of bits and bytes, various prefixes are used, as in :

Reboot: To switch a computer off and on again, allowing its operating system and programs to be reloaded. Note that this is not the same as placing a computer into standby/hibernate and then resuming. A reboot requires that all software is completely reloaded. The term derives from “bootstrap”, as in the phrase “to pull oneself up by one’s bootstraps”, because of the similarity to that seemingly impossible act (as a computer can’t run without first loading some software but must be running before any software can be loaded).

Cookie: A small text file sent to your computer by a web site you have visited. These can be very useful in that they can allow the web site to recognize who you are when you return. Cookies cannot store viruses or other threats, although they can be used to track your activity across different web sites in order to provide, for example, “targeted” advertisements.

Firewall: A firewall is a piece of computer software or hardware that restricts the data that is allowed to flow through. Firewalls block traffic that is undesirable in some way, the intention being to prevent infection by malware and so on without restricting the user from carrying out legitimate activity.

Spam: Unsolicited email messages sent out in bulk and generally commercial in nature. In fact the term is used more widely these days to refer to such messages in a variety of places, not just on email – for example comments on blogs.

CAPTCHA: CAPTCHA checks are the strings of letters and numbers that have to be typed in on some web pages before something can be saved. They exist because, although humans find interpreting these strings relatively easy, computers do not. Setting up these checks therefore blocks an automated process – such as one generating spam – from using the page, whereas a human is still able to.

The acronym CAPTCHA actually stands for “Completely Automated Public Turing test to tell Computers and Humans Apart” – a rather contrived way of arriving at an acronym that sounds like the word “capture”.

5 ways you run android apps on you PC for free